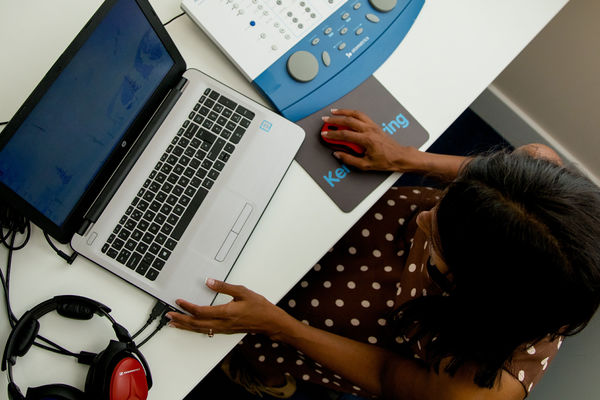 Many recent global and international research studies have established a definitive link between hearing loss and dementia and these have been widely reported in both the medical and the national press and media. Essentially they all say very much the same thing. That hearing loss is now one of the biggest risk factors for our ageing population in developing dementia, with mild hearing loss thought to double the risk of developing the disease and this level increasing the more severe hearing loss is.

Hearing loss and dementia have several things in common.  They are both more common with age and both are related to cognitive decline, with several studies finding that the rate of cognitive decline is accelerated in dementia patients who suffer with hearing loss. The symptoms of these two conditions are often similar too, for example not responding when a question is asked, and this can sometimes result in misdiagnosis. Hearing loss and dementia are also linked as hearing loss often leads to social isolation, a known cause of dementia. There are also strong links between hearing loss and other major conditions including depression.

If you think you may be suffering with hearing loss, Dr Carling will provide a detailed hearing assessment to establish any loss and can formulate a long-term treatment programme to help you reduce its severity.  Please call us on 07950 816321 / 07973 187744 to book your appointment.

Kent Hearing is able to create and develop online learning for your company and team on a variety of diagnostic and rehabilitation topics.

Our expertise enables you to get optimum benefits from your hearing solution and aural rehabilitation.

Kent Hearing conducts hearing screening on children of all ages at school, providing parents and teachers with an individualised report

We have experience in writing and delivering research protocols for devices and clinical drug trials in hearing and tinnitus.